After spending one night in Indonesia, we were up at 6AM to take the earliest ferry back to Singapore. Tita Ruth had a flight back to Manila, while Rambi and I were to spend Valentine’s Day in Kuala Lumpur. Tita’s flight was much later than ours so she had more than enough time to explore the rest of Singapore. Rambi and I helped her check her bag in, kissed her goodbye then rushed to our gate. 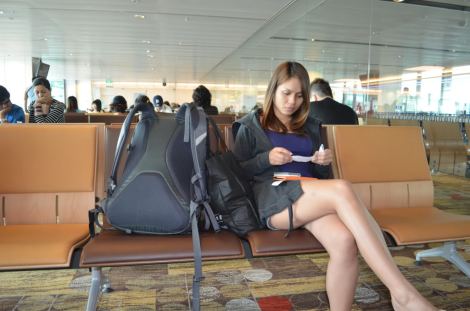 I always enjoy being on a plane with Rambi ’cause I got him all buckled up and I can mess with him as much as I want. He’s not big on PDA, but he’s a good sport when I do da moves on him. The plane ride was generally pleasant, although we thought the plane had a strange smell at first. Rambi and I made a friend in our seatmate Ryan, who was flying back from a family reunion.

I remember it was a particularly hot day when we stepped out of the Malaysian airport. Rambi and I bought ourselves a tall glass of green mango smoothie to relieve ourselves. He then got us tickets to KL City center via 1 hour bus ride. We slept through the whole trip then transferred to a shuttle that took us right to –drumroll– The Ritz-Carlton.

And was greeted by these when we entered our room: 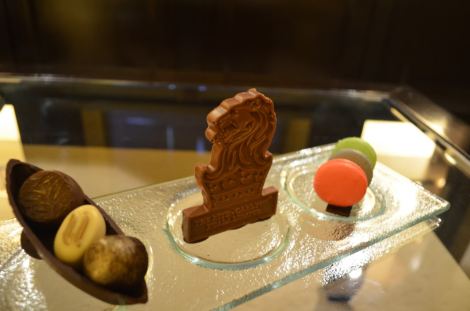 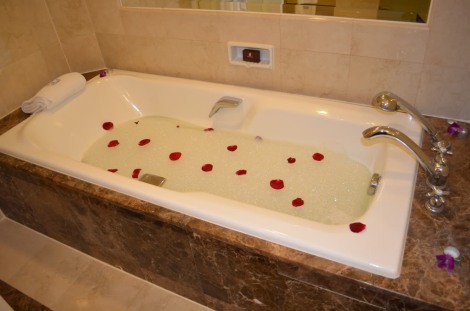 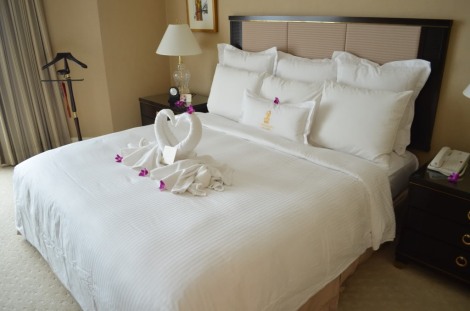 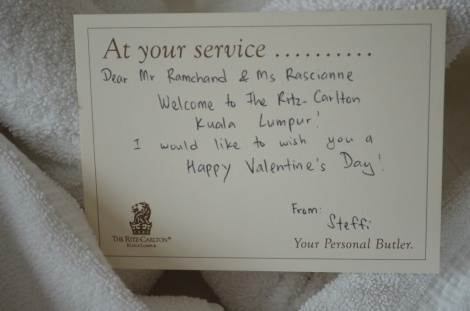 Card from the staff.

must say, the Ritz-Carlton experience was pretty amazing and I wouldn’t mind spending the entire Malaysian leg cooped up inside. But it was Valentine’s Day after all, and Rambi made dinner reservations in a fancy Spanish restaurant, so I had to again drag myself out of bed. Food wasn’t that great, haha; We were very much aware of that. But I got him to reevaluate his dislike for paella and now he likes it! Good enough for me. 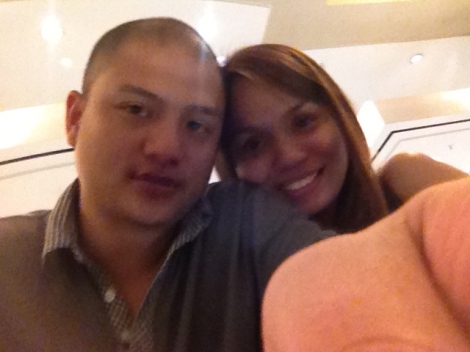 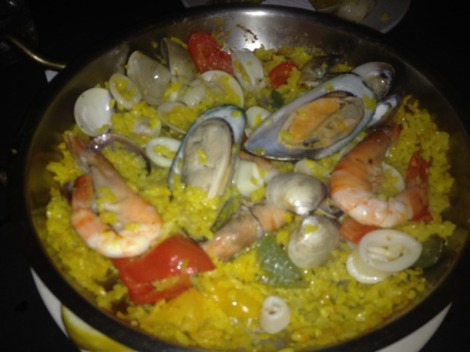 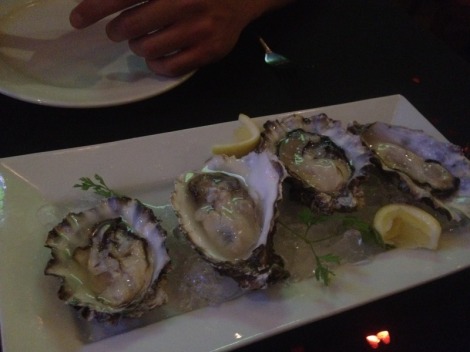 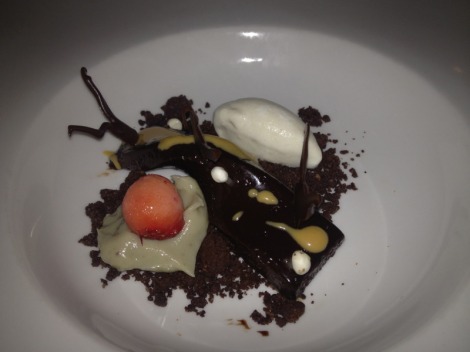 We walked around the area after dinner and it was nice to see the streets full of people on dates with lovers, friends and family. The United Buddy Bears were also on display and it was pretty cool to have caught that. Later into the night, we bought tickets to Denzel Washington’s Safehouse. It was the typical date that we never really get to do. Lovely. On our way back to the Ritz, hunger struck and we found ourselves inside 7-11 trying out microwavable local delicacies. It wasn’t that tasty either, but food is food.

For our second day in Malaysia, we took a 30-minute cab ride to the Batu Caves. 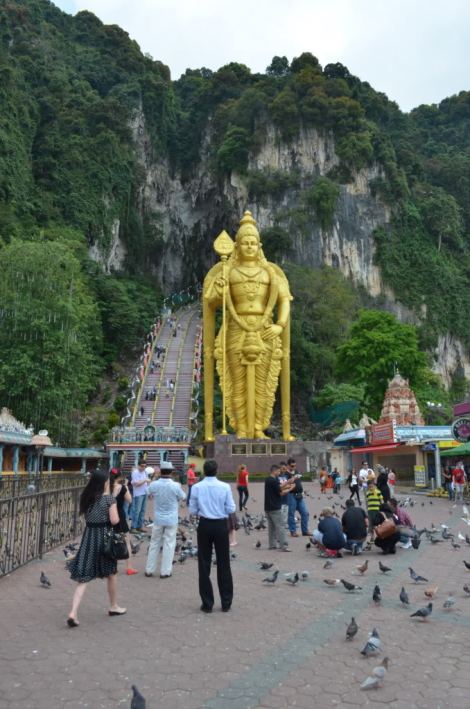 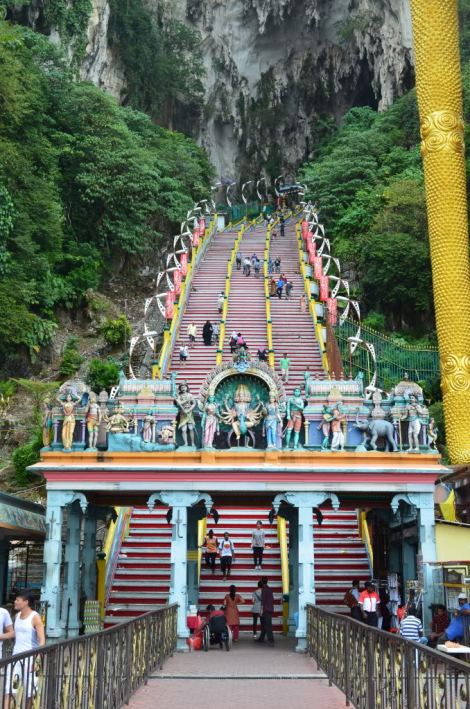 A little advice going up these steps: 1. Do it slow. 2. Bring water. 3. Tie your hair. 4. Do not bring food because the monkeys will attack you. Really. 5. Bring something you can cover your nose with once you enter the cave. 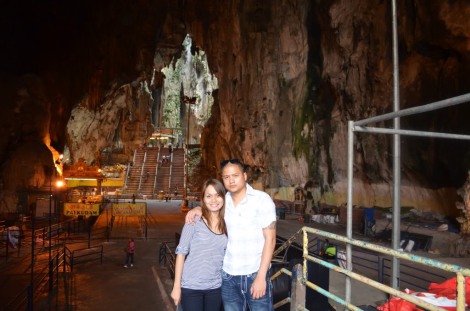 On our way out of the caves Rambi spotted scaled model airplanes for sale. He was trying to haggle but the guy wouldn’t give us a good price so Rambi decided to let the planes go. At the bottom of the caves are souvenir stores and Indian restos. We snacked on chapati with three different curry sauces. Ayyy, ang sarap, sobra. We took a cab back to the city and pretty much explored the rest of the day. 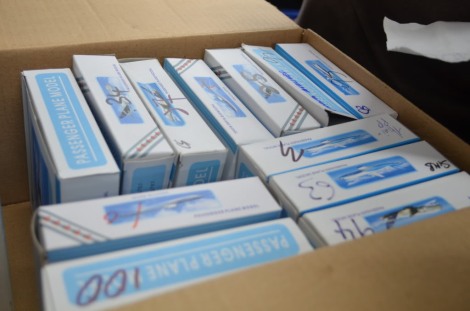 How the hell were we supposed to take these babies home? With a lot of pain and effort, I tell you. PAIN and EFFORT. More on that later. For the rest of the night, we visited the KL Tower. 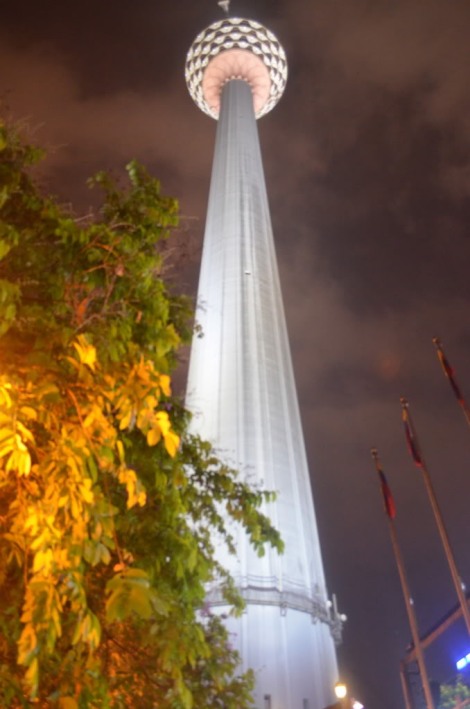 Had waffles inside and we also met a Malaysian lady who spoke Tagalog.

Went back to the hotel to rest but it was our last night in Malaysia, so it can’t end here! We went out and explored the night life, which was veeery much alive. The streets were lined with open shops and neon lights. Music was playing on every corner, people were out and about watching street performers, admiring lady boys and feasting on street food. We ended the night feasting on Quarter Pounders in McDonald’s. You see we do this thing where we try to eat McDo in every country we visit. What’s interesting is the local McDo menu each country has to offer.

Back in the hotel we spent hours packing, thanks to the model planes. I had to transfer my clothes to Rambi’s pack, fill my own pack with the planes and stuff whatever else we could inside. Pretty successful packing, I would say. Now if only we could get away with the baggage weight limit for carry ons. The model planes weighed a ton.

Our last day in KL started early since we wanted to experience the hotel facilities before we leave.

Early morning dip. I learned to hold my breath for 45 seconds here.
Before I could only hold it up to 3, haha.

Our flight to Phuket, Thailand wasn’t until 4PM (or so we thought) so before hailing a cab back to the airport, we killed time in the mall that is connected to our hotel and had lunch in a fancy schmancy resto. 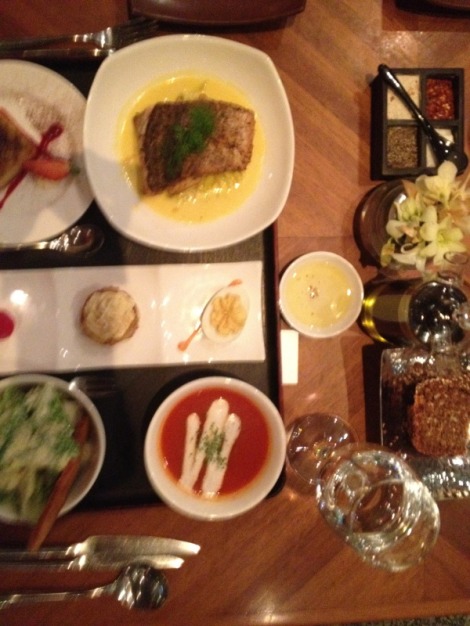 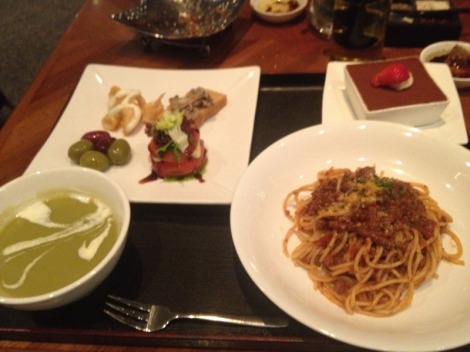 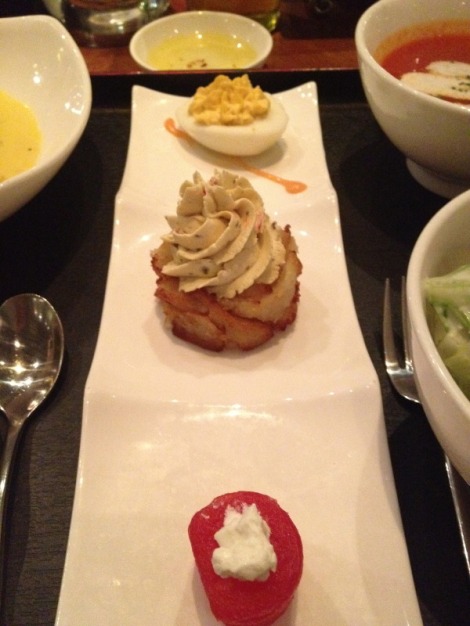 What exactly is this?

Now this is where things got ugly. We arrived at the airport an hour before our flight only to have the ground crew tell us that we were booked on the 1PM flight out of Malaysia. OK. No idea what happened there, Rambi tried to talk it out with the management but long story short, we had to pay $300 for two plane tickets to Phuket for 8PM that day. Sigh, wasted money. Come 7PM we pulled out a trolley, rested our heavy backpacks on it, then headed to our gate. The Air Asia crew wouldn’t let us pass because one of our bags looked too big. The guy weighed it and said it needed to be checked in. At this point, we were running late. We spent an unnecessary $300 on plane tickets so there was no way we were shelling out more money for check in baggage. The guy had a point, our bags were really overweight. But we knew we could still get away with it.

He and I walked away from the gate and sat in one corner trying to think of what to do. I asked him to take his laptop out of his bag ’cause it adds to the size. We were gonna have to leave the trolley and carry our bags since the trolley emphasizes the size and weight. So bags on our back, we cooly slid past the guy from before while he was telling a different set of passengers to have their bags checked in too. By the time he realized we got past him with the same bags, we were already on our way up the escalator. Yaaayyyyy!

The flight to Phuket was rowdy. There was a big group of caucasians laughing and talking in raised voices, all excited. Of course, why wouldn’t they be? We were headed to Phuket. The Beach. Paradise.

After all that happened that afternoon, Rambi and I were just drained. We ordered food on the plane and slept throughout the flight, while the rest of the passengers clapped their way to the island. 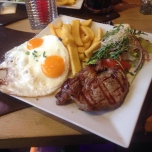 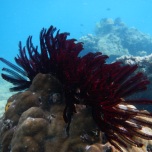 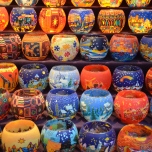 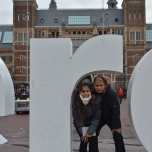 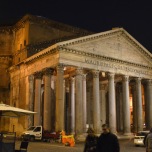